Physics can be difficult to define, mainly because it changes as scientists progress and discover new physics concepts. New theories will bring answers and questions to the surface constantly. This is why physics is so exciting, but it also makes it difficult to pinpoint precisely what physics is.

Physics is the language we use to try and describe the universe on a fundamental level. On a basic level, classical physics aims to define absolute and measurable quantities within the universe, such as kinetic energy, velocity, etc. Physics is also used to determine relationships between fundamental and measured quantities, including relationships like Newton’s Law, energy conservation, relativity, etc. The patterns we find are then expressed with equations, models, and other visualizations.

The principles of physics can be applied to many areas of our everyday life. The simplest mechanical devices require knowledge of physics to create, such as seesaws at a public park. Vehicles, trains, airplanes, and other transportation machines require wheels and other elements of movement to operate effectively. Today’s modern communications, such as smartphones, social media apps, and GPS, all require the use of physics, all the way down to the satellites they use to transmit signals. 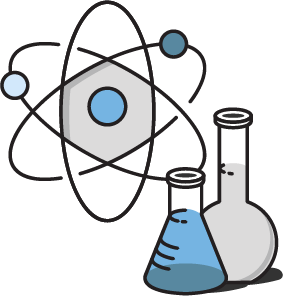 How to Approach Learning Physics

Unlike mathematics and other scientific studies, doing well in physics does not mean you’ve memorized a bunch of concepts. Studying is necessary, but you’ll need to think conceptually to grasp the complex concepts of physics. Have a flexible mind, and you’ll find yourself understanding even the vaguest of physics theories.

In addition to this, make sure you understand and have retained the core concepts of physics. If you don’t understand the basics of physics definitions and formulae, you will be lagging when things get more conceptual. Just as well, you’ll need to revisit mathematics before entering into the realm of physics. If you have a solid grasp of algebra, calculus, and basic trigonometry, you’ll do well in physics. Get help today with an online physics tutor.

What is taught in high school physics?

It’s also worth noting that the grades one receives in high school physics, as well as placement tests and SAT or ACT grades, will affect their placement in physics classes in college and university.

What is covered in college physics classes?

The first couple of years of college physics will expand upon the basic concepts covered in high school. The concepts and studies you will most likely focus on during college include the following:

What topics are covered in university physics courses?

Advanced college physics covers a lot of complex but fascinating concepts and methodologies, including the following:

Discover our TutorOcean marketplace with affordable, vetted Physics Tutors that fit your budget.

How Do I Become a Physics Tutor?

If you have a passion for teaching others and love physics, becoming a physics tutor is easy. You need a minimum of a high school degree or GED to start teaching kindergarten and middle school grade levels. You may need a degree in a specialist subject for higher-level physics courses depending on the level of practice you plan to teach. The costs of physics tutors vary because you will set your pay rates and time schedules depending on your own experience and circumstances.