So when was the last time you greeted someone? It may seem simple enough, but if you don’t greet Parisians properly, you might find yourself in trouble! It’s always worth knowing how to avoid such mistakes! The French, like all people, share a number of codes and conventions that govern individual behavior in social life. This system of codes is called politeness, « savoir vivre », good manners or etiquette.

Check out the article below for some golden tips!

These codes of behavior facilitate relationships between individuals, they help to create social harmony. They also define what is expected, allowed or prohibited in certain situations, dictate the obligations of each party to the social hierarchy, between men and women (gallantry) . Often, they also help “locate” an individual in relation to the standard: ignorance or knowledge of certain protocols in fact reveal a lack in education, or the contrary, qualities.

When you enter a room where there are people, it is customary to say « Bonjour » on arrival, but it is not mandatory to shake everybody’s hand. The French are more formal when meeting, they generally associate a gesture – shake hands – with speech. If this is a first meeting, we can say: « Enchanté », « Ravi de vous rencontrer », or simply tell your name: « Bonjour ! Marcel Duchamp. ».

If you are introduced to someone, it is best to wait until that person tends your hand to greet her.

Handshake (i.e. the act of shaking hands with someone) is more common in France than in the Anglo-Saxon countries, for example. Arriving at the office in the morning, it is common for the French to throw a « Bonjour, ça va ? » or a « Salut Philippe ! » by shaking hands, even if they have seen each other the day before.

In the evening, when leaving, it is not unusual to shake hands again. Shaking hands is thus a ritual of opening and closing of the meeting, the act of greeting and parting is strongly marked by this gesture. A meeting of less than five minutes – in the street, for example – can be introduced by a handshake and ended with another.

Greetings between men and women are enhanced by an additional kiss. It is not unusual to shake hands with a woman, but a man kisses on each cheek a woman he knows: relative, colleague or friend. Quite often, when the relationship is not yet well developed, a man will take the hand of a woman to greet her, but at the same time lean towards her to kiss her, meaning that the relationship is closer, more friendly. Just like the handshake, kissing is a gesture that marks the beginning of the meeting, and again, it is not unusual for a brief conversation in the street to be introduced by kisses and finished by other kisses when leaving, even after a few minutes.

This ritual kissing sometimes causes hesitation, or even embarrassment: the standard is in fact of two kisses, one on each cheek, but a person who is used to do three or four risks to kiss in the air if the other has already removed themselves. When this is the case, then we can laugh and start the game over, by saying « Moi, j’en fais quatre ! » Women kiss each other more often than men, except if it is a close relative (father, brother, cousin, etc.) When men hug each other, we often call it a « accolade », which is to put an arm around their neck, while giving a few pats on the back.

In the case where two people meet at a certain distance (each on another side of the street, for example), a code is used: if one knows that person, and if the relationship is rather informal, a small discreet hand signal is used. However, if one crosses in the street a person with whom we maintain a formal relationship (teacher, supervisor, etc.) and we know very little, it is better to mark this event with a nod of the head only. If this person is accompanied, it is recommended to refrain from making a sign, unless that person makes themselves a gesture. Finally, if the person you have not noticed (or looks like they didn’t notice you), again, it is best to make no sign.

Is this too much to remember? Is it familiar or is it plain annoying? In either case, it would be nice to learn some French, in order to easily assess when to use the right etiquette for the situation that you find yourself in.

Immerse yourself as you FINALLY reach your dream of becoming bilingual, learn to speak Parisian French and BREAK your language barrier!

…and now, please SHARE this article with your friends. They’ll love you for it! : ) 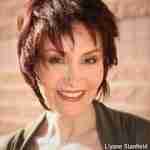